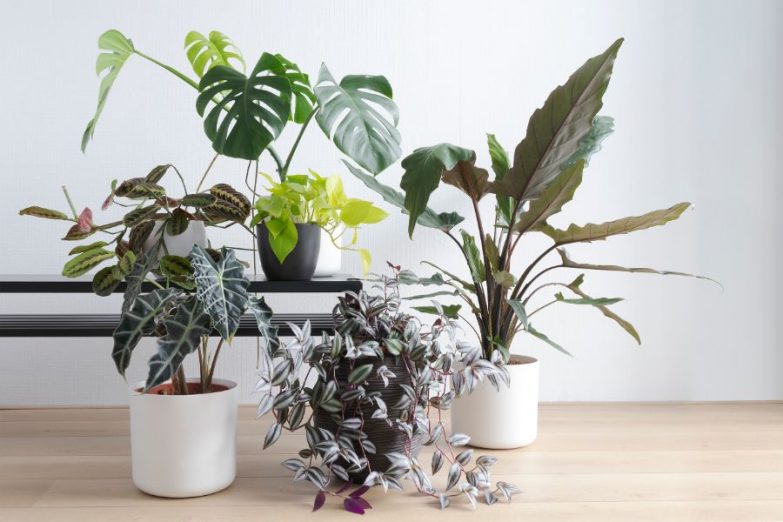 A rose by any other name would smell as sweet, but it sure could lead to confusion. Plants can have multiple common names, and a case of mistaken identity may lead to incorrect advice and unwanted purchases. In this article, we’ll explain all about latin plant names and how these reduce confusion and help growers better understand their plants.

What is the purpose of latin plant names? A formal naming system was developed to uniquely and meaningfully identify every plant. Latinized names offer information about a plant’s classification, origins, and characteristics. This universally adopted system has rules that govern how these names are officially assigned and updated.

What’s In A Plant Name?

Common names can be colorful and easy to use, but they have no rules. Common names may be inconsistent, misleading, or duplicative. Because these freewheeling labels aren’t universal, it can be hard for people in different areas to accurately communicate about their plants.

As confusing as Latin plant names may seem, they can actually be less confusing than their commonplace counterparts.

Science’s answer was to create a completely separate system using unique Latin names. It may seem strange to use a dead language, but Latin has advantages. It is not subject to change, and it isn’t open to bias toward a certain region or language.

The Latin naming system is called binomial nomenclature because it uses two terms that together can identify every plant in existence. Each two-termed name, or binomen, has formal rules governing its publication and subsequent alterations. These terms may include information such as a plant’s color, geographical origin, or other characteristics.

How The Latin Plant Names System Was Developed

The current binomial naming convention was started by the Swedish botanist Carl Linnaeus (1707–1778). In his cataloging work, Species Plantarum, Linnaeus condensed plant names to a single term of classification followed by a one-word “trivial name.” He used Latin forms that were commonly understood by the scientific community of his time.

As more species were discovered, polynomial taxonomy became unwieldy. When Linnaeus’s binomial scheme appeared, it was quickly adopted for its logic, economy, and ease of use. Though the modern concept of evolution hadn’t been introduced at that time, the terms genus and species had already been outlined by Aristotle. The new system was future-proof.

As it turned out, binomial nomenclature represented a rare event when an academic advance actually simplified a subject. Today, the internationally accepted rules for naming plants are governed by the International Code of Nomenclature for algae, fungi, and plants. Only names that meet the specifications are accepted and considered validly published.

You can even browse the International Plant Names Index (IPNI), which provides nomenclatural information for all known plants. This is a collaboration between The Royal Botanic Gardens, Kew, The Harvard University Herbaria, and The Australian National Herbarium.

How To Read Latin Plant Names

Binomial nomenclature looks (and sounds) more complicated than it actually is. The naming convention conveys information about a plant clearly and concisely.

Note that botanical Latin is not strictly classical. Non-Latin terms can be used, but they are Latinized for consistency. For example, American plants may be descriptively named americanum.

All plants are assigned two names: the genus and the species. Each name is unique within the Plantea kingdom. This two-termed name is called a binomen, and it should always be written in italics.

The first term of the binomen depicts the plant’s genus; it is called the generic epithet. The first letter is capitalized. The genus may be abbreviated to only this letter if it is understood by the reader.

The generic epithet describes the genus a plant belongs to. Plants in the same genus share characteristics and have a common ancestor.

Knowing the genus offers basic information about the individual needs of a plant. This may include the plant’s preferred soil, nutrition, and moisture levels, the temperature and humidity they thrive in, and even disease and pest resistance.

The second word of the binomen is the specific epithet, or species. This classification differentiates the plant from other members of its genus.

When the actual species is not known or specified, “sp.” can be used as an abbreviation; “spp.” is the plural form. Using “cf.” before the epithet indicates that confirmation is required. These abbreviations are not italicized.

The specific epithet may describe some aspect of the plant’s color, form, habitat, or the area it comes from. It can honor a person, often the plant’s discoverer. For example, davisii is derived from Davis.

Here are common types of specific epithets with examples:

Belonging to the same species doesn’t fully define an individual plant … variations exist in nature. In such cases, an additional term can added to the binomen. This information, called infraspecific notation, is for plant differences that fall below the rank of genus or species.

These connecting terms have special abbreviations which are presented in regular case and placed before the italicized additional name. These terms may use the same Latin descriptors used in specific epithets.

Be aware that infraspecific notation is an attempt to further clarify a plant’s classification without a specific definition on where the lines are drawn. There are simply too many variations, which means the naming process does entail some subjective evaluation.

Also note that, though the naming conventions below cover the majority of plant names, other less common notations do exist.

A plant that is a distinct variation of its species can be noted using “subsp.” or “ssp.” followed by its subspecies name. This is often based on a geographical difference. Example: Euphorbia characias subsp. wulfenii

Plants with a naturally occurring variation can be noted by using ‘var.’ before the identifying name. This notation is for smaller distinctions than those which define a subspecies. Example: Philodendron hederaceum var. kirkbridei

This older term is abbreviated as “subf.” It isn’t commonly used today. It’s meant to indicate a plant with significant features that differ from their variety. Example: Astrophytum myriostigma subvar. glabrum

Plants with a very minor difference from its variety are noted with an “f.” designation. Ranked lower than variety (or subvariety) distinctions, differences in form may mean some small feature like fewer thorns or a unique leaf or flower color, etc. Example: Viburnum plicatum f. tomentosum

Another former category that has been practically abandoned in the modern era, the subform was abbreviated “subf.” when in use. Example: Saxifraga aizoon subf. surculosa

Plant crosses are notated using a regular case “x” after the genus name. If the hybrid is the result of two species, both may be included. For example: Magnolia x loebneri

If a new species is created by hybridization, the epithet may be written with an “x” before its name, such as ×Sorbaronia.

Cultivars are new plants that were bred in cultivation rather than being natural variations: the name is short for “cultivated variety.”

These names are capitalized in title case and not italicized. They’re usually modern names. The cultivar’s name can be either placed after the abbreviation “cv.” or within single quotation marks.

The naming rules for cultivars are more complicated than those for standard binomial nomenclature. Their naming process is governed by the conventions of the International Code of Nomenclature for Cultivated Plants.

The person(s) accepted as originally publishing an original plant’s description will generally be noted as the author(s). This follows the genus and species as a standard abbreviation of the full citation. If the plant was originally described by Linnaeus, the author citation is abbreviated as “L.”

Sometimes authors reevaluate prior descriptions and have them officially published. This is notated by listing the latest author and placing an “ex” before the prior author’s name. Subsequent revisions may add the newest author’s name so that an attribution record is preserved.

For example, consider the full citation: Grevillea pyramidalis subsp. leucadendron (A.Cunn. ex R.Br.) Makinson. This indicates that Alan Cunningham updated the description published in a work by Robert Brown (from 1830), which was redefined by Bob Makinson.

Pros And Cons Of Latin Names For Plants

Hopefully we’ve taken the mystery out of those odd italicized plant appellations. All these rules may seem to be overthinking the process, so let’s look at some pros and cons to using scientific names:

The great thing is, you don’t have to choose. Common names are friendly, easy to use and don’t sound pretentious. Neighbors are more likely to understand what you mean. I tend to use a lot of common plant names when I write on this website, but always include the scientific name to avoid confusion.

You don’t have to be put off by scientific names either. The structured Latin naming system isn’t just for scientists – it’s for whenever you want to know exactly what you’re talking about.